by Ariella Rogge on March 30

To invent, you need a good imagination and a pile of junk.

At camp, we make up games…a lot of games. From The Big Gold Ball game to Schmerlz to Ninja and beyond, games are one of the great parts of camp that build community through (mostly) non-competitive fun and silliness.

Those same principles came about this weekend in the Rogge house when, after a fairly uneventful (read: BOOOORRRINGGGG) Spring Break, the boys wanted to do SOMETHING. Someone wanted to hit golf balls off of the deck (not very LNT) and others wanted to play Mountain Golf (think Frisbee Golf with old golf clubs, tennis balls, and knickers). But cold temps, rain/sleet and wind helped us invent the Soon-To-Be-Everywhere game we are calling “5-Ball”.

It is pretty straightforward:

In our version, we used a medium sized box and cut five holes so we could play a few variants of the game. We would each putt our 5 balls at each distance (15 balls total) and keep score for that round. We played three rounds and the high score was the winner of that game.

As an additional incentive you could “shoot the moon” and receive 25/50/100 points if you got a ball into EACH of the five holes. (That sort of accuracy was a bit tricky on the uneven carpet–but Mom “shot the moon” at 4’ a couple of times).

We played together for about an hour, then the boys would wander through and play a bit on their own…and even started creating more variations on the original game…which is EXACTLY what a good camp game should be!

Enjoy…the cat thought it was fairly fun, too. 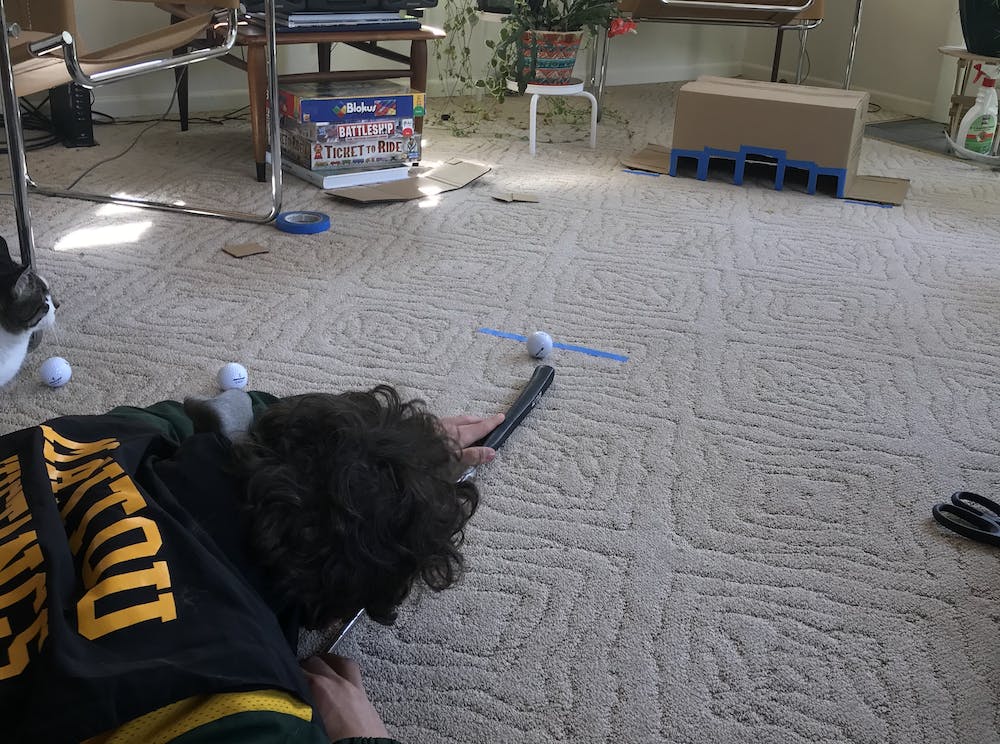 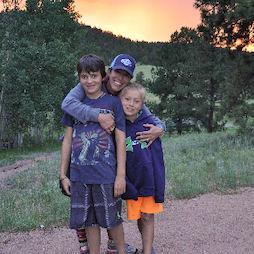 Ariella started her career at Sanborn when she was twelve. After five years of camper and five years of Sanborn staff experience, she continued her work with kids in the high school classroom. Ariella and her family returned to Sanborn in 2001 to take on the Program Director role which she held til 2012. She and Elizabeth Marable became co-directors of High Trails in 2013. She lists mountain golf, Gymkhana, climbing mountains and making Pad Thai in the backcountry as some of her favorite activities at camp. Ariella received a B.A. in English from Colorado College and is a certified secondary English educator,an ACCT Level 2 Ropes Course Technician, an ARC lifeguard, an AHA CPR trainer and WEMT. She lives at camp with her husband, two sons, 8 chickens, 2 salamanders, 2 hermit crabs and 1 cat.